Is it really back?

No, not COVID. That has not gone away.

Polio. Is it really back?

Watch this brief video to learn some facts.

One of my joys is to capture beautiful cloud settings. Here is one of my latest. 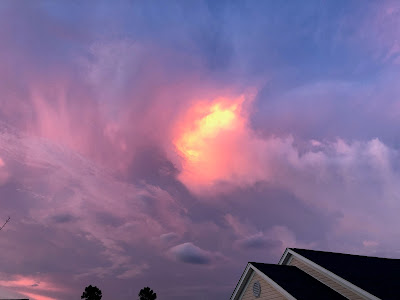 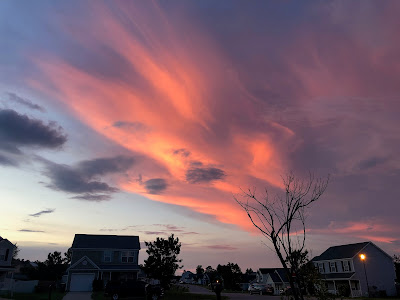 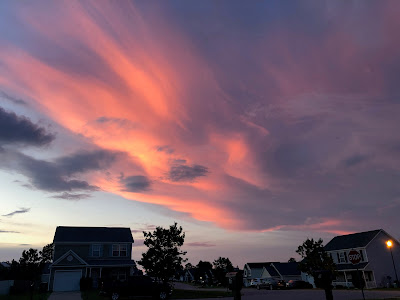 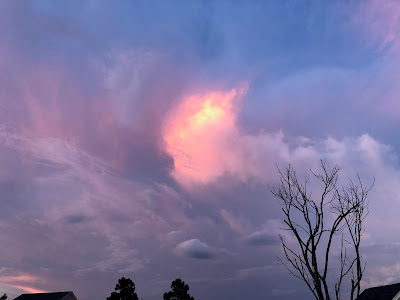 I am hooked on this. There is a YouTube channel called "SUV RVing" and it rocks!

Tristan, the guy that runs this channel, is the ultimate adventure seeker. The places he travels to in his SUVs are amazing.

What I like most about his channel is the simplicity. The photography is fabulous, the narration is simple and lively.

One of the things that impresses me the most is Tristan's comfort with loneliness in what could be dangerous situations. I often wonder what would happen to him if the unthinkable happened?

I hope you enjoy his adventures.

An area that concerns me the most is the misinformation concerning health issues.

In the last few months I discovered the work of Dr. Michael Greger at Nutrition Facts. Everything posted there is science-based. Profits from the few products he promotes (mostly his books) all go to charity. He also does a podcast, which I listen to regularly. It is called "Nutrition Facts with Dr. Michael Greger." Two of the main advantages of using these resources is that they are based on science and that Dr. Greger promotes healing the body through better nutrition (which is an integral part of a healthy lifestyle).

The other resource that I like and recommend is the NPR show "The People's Pharmacy" (which also has a weekly podcast.

Are either of these resources perfect? Probably not. They do go a long way in being more objective than most others in that they are not benefiting directly from Big Pharma and the corrupt medical industry (no longer a profession, now a full-blown, money-driven industry). 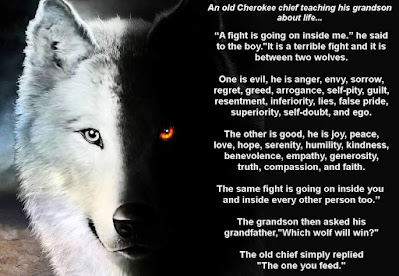 How do you define freedom?

I was exposed to a different, yet not new, definition of freedom.

The Wages of Freedom

I hope you enjoy this short video.

I hope your definition of freedom is changed, expanded, re-focused.

May the power of humanity, the humanity in all of us, helps us all become free.

Posted by JediVictor at 10:00 PM No comments:

I was deeply moved by the needless pain and the suffering. I was disgusted by the unjustified greed.

In today's NY Times "The Daily" podcast there is a story of people suffering from the Monkeypox virus and how, through greed and cruelty, they were denied treatment for weeks and months.

When a society values money and profits above the well-being of its members, such society must be examined carefully and thoroughly, and its priorities must be changed. Nothing justifies inflicting horrendous suffering when the treatment is available.

Perhaps we should all adopt a philosophy of "Do no harm."

The NY Times "The Daily" Podcast

I hope you listen to the show.

I hope, sooner rather than later, we can demonstrate that we care more about people than about money.

Posted by JediVictor at 7:10 PM No comments:

It has been a while

It has been a while since my last post here. Life has been happening to all of us.

I love writing and I intend to do much more of that in the future.
For now, I wish you well.
Posted by JediVictor at 7:00 PM No comments:

Bringing someone to justice

Much has changed in the last two years. Much of what we knew as normal or expected behavior has been discarded like last weekend's stale pizza. What once was unacceptable has been normalized. Such are the times we live in.

In today's announcement on the death of ISIS' leader, Donald Trump used a phrase that took my breath away and sent shivers down my spine. In describing the killing of an enemy, Trump used the phrase "He was brought to justice." All day long that replayed in my mind, crashing loudly against the concept I have had that "bringing someone to justice" meant charging them with a crime, bringing them to court, and using due process to determine their guilt or innocence.

Granted, several sources online do use "punishing someone for a crime" as "bringing them to justice." In the case of al-Bahgdadi and many other accused foreign terrorists, death may be considered punishment for their crimes, assuming we believe everything we are told about them, a point I will not argue here. So that is how we treat foreign enemies, assigning death as justice.

A question kept jumping at me: what happens when this or any other administration turns that definition on domestic "enemies"? Will political opponents become "enemies" and, thus, subject to being brought to justice by means of death? We already have way too many examples of citizens dying shortly after committing insignificant "crimes". What happens when speaking your mind becomes a crime?

I don't know if Mr. Trump meant the phrase one way or another. I don't know if the administration would turn on its own citizens like this. I do know that words matter, behavior matters. And, based on the last two years, nothing, absolutely nothing, is outside the realm of possibilities. We have already seen that what was once considered absolute bottom is nothing but a rung in a very long ladder heading down.
Posted by JediVictor at 10:49 PM No comments:

Email ThisBlogThis!Share to TwitterShare to FacebookShare to Pinterest
Labels: death, due process, justice

For the last few weeks I have been paying careful attention to my Facebook news feed and doing an experiment to track how closely the bots are adjusting what they present to me. You will not be surprised if I tell you that the algorithms are very much in use on every one of us.

Personally, I do not want to be manipulated or brain-washed, especially when it comes to politics and elections. Therefore, I have decided to be a (mostly) non-reactive user of Facebook in as much as politics is concerned. I will not "Like," "Love" or share any post that concerns politics or the upcoming elections. It is nothing personal. I am just going to play a different game, and hopefully not their game.


My experiment consisted of two phases. First, I focused solely on posts of animals and landscapes, liking and loving as many of these posts as I could. Facebook served me more of those posts, tons and tons of them. In phase two I switches to focusing on political posts, liking and responding and loving as many of them. Quickly, Facebook abandoned most of the previous posts (the birds and landscapes quickly disappeared) giving room for more and more political posts. It took less than 24 hours for their programs to adjust to my new interactions. Phase three, now in progress, is to stop reacting and begin acting. I will try to use FB for nothing but building personal relationships, things such as saying happy birthday and keeping up with everybody's adventures.


Please be careful when using FB. The poisoning of our minds is actively underway. There are active efforts to widen the gaps between us. We can either let FB and other actors weaken us as a nation, or we can find ways to cooperate and find common ground to make our nation truly greater than it has ever been.
Posted by JediVictor at 4:33 PM No comments:

JediVictor
"I am not my body or what it craves. I am spirit. I am soul."